How many external Pen/Touch Screens can Windows 11 support?

So let’s say I have a device like the Surface Studio 2+ which has native support for three 4k monitors via its three Thunderbolt 4 equipped USB-C ports.

But what if all 3 of those external monitors are pen/touch based as well (MPP 1.5)

This is an issue I’m trying to solve for someone else but we are only able to get one of the three external monitors to register as pen/touch supported. but I can’t seem to find any hard answer on how many Touch Screens Windows 11 will Support. Has anyone personally had any luck getting 3-4 multi-touch/pen monitors working at the same time?

So at home I decided to try a little experiment of sorts.

Connected my Pro 8 to three external Touch Screen Monitors. Not MPP ones but I connected it to the 28 inch Dell Canvas, Asus 15.6 inch touch monitor, and a 12-inch Nextpad. All three have Multitouch with only the Dell having EMR.

Initially none of the monitors worked for Multitouch…touching any of them just registered the action on the Pro 8s screen.

But when I went into settings and did the Calibration set up for touch under the Tablet PC settings (that can be weirdly difficult to find in Windows 11), under Configure I did the set up for touch, and a couple of taps and enters later, success I had all 4 monitors set up fine for Multitouch. The Pro 8’s pen worked fine, but the Canvas’s EMR pen didn’t work at all but I also didn’t download the canvas’s drivers, so I’m not surprised.

This is the same process we tried earlier with the Studio 2’s setup, only I wasn’t doing it (helping them via teams), so clearly this a process we need to try again since I now have definitive proof Windows 11 can indeed handle at least up to 4 total Mutli-touch displays (main internal device, and three external).

And if anyone was curious, the 3 MPP monitors we are trying to connect to the Studio 2+ are “New Line Flex” which up to yesterday, I never even heard of this device. MPP 1.5 ain’t exactly impressive, but the device itself looks interesting. 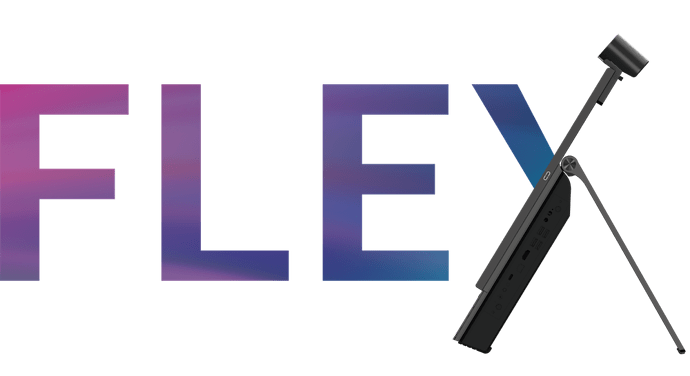 LEADING THE NEXT GEN OF DESKTOP COLLABORATION Express Yourself in the Digital Workspace Capturing your voice in a pleasant way without echo or background noise, seeing you from the right angle in a natural way and having the opportunity to...

FWIW from a windows standpoint, there is only direct OS/API pen support for one “canvas” at a time. However it is possible via custom drivers and software frameworks to increase that. That’s what Intuos does.

I can see a conflict nightmare when attempting to do it with multiple disparate vendors… Interesting that we’ve never had a serious request from a customer to try and make this work.

If you think about it, it’s somewhat akin to having multiple mice connected to a system and trying to use them simultaneously.