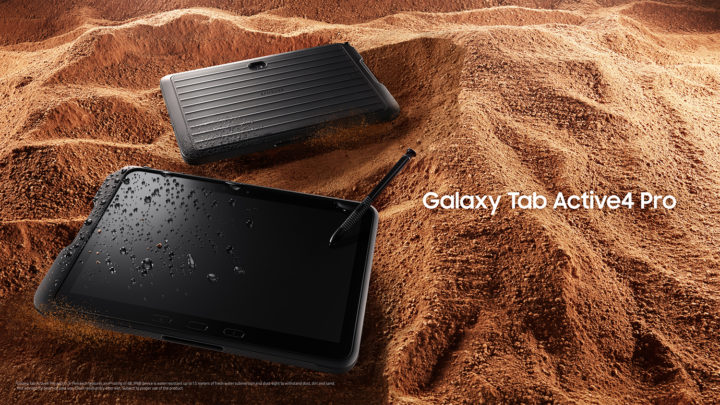 Samsung has announced the Galaxy Tab Active 4 Pro today without much fanfare. For the past few months, the tablet's ...

Most noticeable feature was ruggedness and user replaceable battery.

I wish they put it in my tab S7 FE, all thin tablets these day require a heat gun to open up, so bringing old gear to repair shop is no longer a sure thing, and lithium battery does not last forever.

We got a brief hands on with this yesterday, though we weren’t allowed to run any tests on it.

The two immediate impressions I got was that one, it was extremely well built in with zero flex or anything that would make you want baby it.

Second was that the display was almost eye searingly bright.

I suspect that all of that is due to the demands of the of the market for Samsungs’ previous rugged devices by Samsung’s home country government as well as several other Asian government.

I suspect that all of that is due to the demands of the of the market for Samsungs’ previous rugged devices by Samsung’s home country government as well as several other Asian government.

Much like the driving force behind the Panasonic Toughbooks coming from US law enforcement and military communities. Those of us hoping for outdoor viewable, battery swapping devices must rely on the military-law enforcement market driving the development of these devices. God knows, the consumer market, trending thin and disposable, isn’t going to get there on its own.

Speaking of tough books, I still am very fond of them even though we arguably compete with them in a very niche way with respect to our custom devices.

I think I’ve shared this before, but one of the great things they would do when they gave us demos of new systems was to “drop” one of their devices in the process or “accidentally” knock them off the table.

Anyone that hadn’t seen them demo before would always audibly gasp as they system in question went crashing to the floor.

I’m pretty sure the reason for the 10.1 inch display is that the one we think they are using( which they also sell standalone to other OEMS) is both extra bright, and also has significantly enhanced environmental tolerances. In other words, it’s less likely to get damaged in desert sun, or spending a night in subfreezing temperatures

Tab Active Pro is released on Amazon. Specs seem mediocre compared to price, but it’s the only current Samsung tab with build in silo, and rugged design.

Still waiting for Samsung to make a new 8 inch penabled tablet to fill the Android niche. 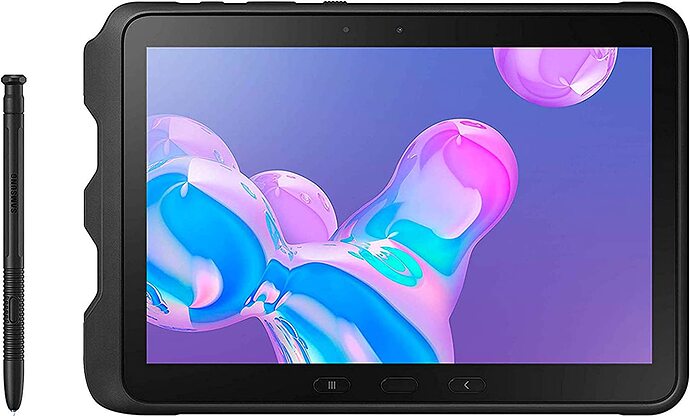 Built to withstand rough weather conditions and take on the road with LTE cellular service, the Samsung Galaxy Tab Active Pro tablet is built to help you achieve the best industrial performance anywhere your business takes you. The Galaxy Tab Active...

… actually directed one of customers towards the fold for a smaller pen enabled tablet.

That’s actually encouraging. Good to see that the company appreciates the market niche they are filling with the Fold series. It likely means that the device will continue to evolve and improve.

If the only alternative is a 1500$ price tag, the iPad Mini seem appealing in comparison, even if I don’t like iPadOS all that much.

Lucky I’m not having any true need for another 8 inch device at least for a few years.

Not really, as as tolerant of abuse as the Fold devices are, they are not rugged at all, even with a case.

The 8" Active Pro was a full on rugged device.

Adn with at least the Samsung people we work with know that is leaving a hole in the product line, which the fold is in no way a substitute for, but apparently it didn’t sell in enough numbers to justify its continuation/refresh.

OTOH we are talking about Samsung, so as soon as I type this they will announce a new model

Well, the way they priced it and availability certainly won’t have helped.

And I don’t see why companies like Samsung aren’t willing to have more evergreen like products here that are reliably available. They already recognise that top-of-the-line computing specs aren’t necessary and that they don’t need updating frequently, but can’t seem to have some patience.

Especially for rough work (the entire point if this line, no?), fragility aside, having something to unfold could get annoying. Imagine freezing or roasting your derrière off and needing to fumble around. And the 10" is just too big to one-hand and stick in most pockets.

Perhaps that tech journalist was right, needing to unfold can be a pain. Not that he was an oil worker or the like.

From the Amazon product listing, one person asked:

Is the screen usable in direct sunlight?

I beg to differ. I am a geologist I have tried using this outdoors and on my center console boat - it is totally useless in sunlight - you can’t see anything but reflections - the screen is useless for outdoors and navigation in the sunlight. I put a matte screen protector on it and I still can’t see it in the sunlight. I also have a Panasonic Toughpad FZ-G1 and the screen that comes standard with it is easily visible in bright light. The Galaxy Active Pro is superior to the Panasonic Toughpad in every way, EXCEPT the screen!

I swear, if I won the lottery, I’d set up a computer sales company which had daylight booths at all sales locations and bring back transflective displays