We are still waiting for a customer to submit one of these for testing, but I saw a prototype of one of these early this year (which for some reason seems forever ago) and it was impressive from an idea standpoint though the overall look and feel was fairly generic.

The "right to repair"crowd should like it to though allegedly, ironically, it’s not as green ecologically speaking as the offerings from say Apple or Lenovo.

When we were shown one of these we asked about a possible tablet and/or 2 in 1 configuration and were told “we are looking at it, but nothing to talk about right now”. 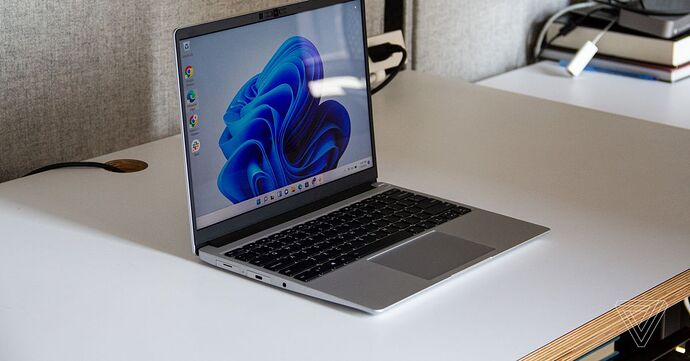 The upgradable thin and light gets 12th Gen processors.

PPS: They do need to up the display quality , at least as an option IMHO as the two samples I saw were mediocre at best

The "right to repair"crowd should like it to though allegedly…

Or they don’t put their money where their mouth is and get an M2 MacBook Air, which at 16GB/512GB is about the same MSRP. Or a very nice Windows equivalent (XPS 13 Plus, say) for a hundred less.

For 800$, I get a Ryzen 5 laptop with a dedicated GPU, 16GB RAM dual channel in two expandable slots, 2 replaceable SSD slots, opening up the laptop is easy and it is definitely repairable at any repair store. This Laptop will easily last me 6-7 years and a after that a replacement is justified.

The main thing that should become repairable is tablets. There things are getting increasingly harder to open up over the year, and because of frequent usage, their battery is subjected to degradation after 1-2 years etc. 4-5 years ago I could open up the back of my Samsung, Asus tablets etc with home tool. Now they are fragile thin slab of metal and glass, that requires professional tools to open up, and there was still high risk of screen broken, that most people don’t bother anymore. Tablet performance have gotten so powerful that upgrade doesn’t really do much except bring in new battery. A flagship tablet might last many year without the battery problem.

I know a few people who have the framework for a few months now & love it. Both of them just ordered the 12th gen mobo upgrade cause why not.

Once Framework releases SWE/FIN keyboard, I am definitely interested. Until then, nah.

I get that the tooling/moulds are very expensive, but for a company that’s all about modularity and choice they sure seem to be lacking a lot.

No ISO keyboards, almost no colour choices, no AMD options… DO IT! For all of us here who can live vicariously through you…

Actually, the closest thing I bought to something very repairable recently was a NUC…

One of the discord channels I am in two folks have it. One just got the 12th gen upgrade. Both seem to really like the device.