End of the line for Windows 8.1

More lazy "journalism " from the Verge.

The only thing that’s accurate in this article is that MS is sunsetting Windows 8.1, but he then repeats a bunch of inaccurate or without context “facts” about Windows 8.

Though it is true that even among MS employees, Windows 8 is considered a misstep.

Which is truly unfortunate IMHO especially for those that like tablets, and arguably cleared the way for Apple to dominate the tablet space today.
Microsoft prepares to forget about Windows 8.1 with end of support notifications - The Verge

This article did inspire me to go pull my 8 inch HP tablet out of the closet. It’s slow as molasses generally, though the UI is still fairly fluid.
And using it now in many ways it shows me that MS has gone backward in true tablet support since, though Windows 11 has been baby steps in the right direction again.

BTW: Mine was “free” on Windows 8 launch day as part of a promo at Micrsoft’s store if you bought a regular PC with Windows 8, In my case, a HP laptop for my wife. 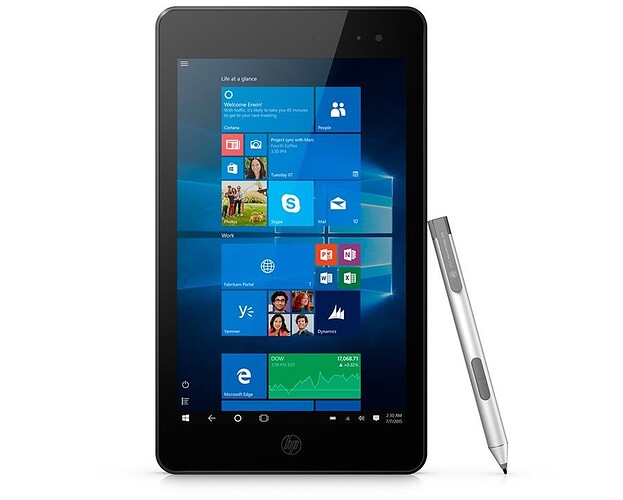 My HP Slate 8 is still in my desk drawer. I never should’ve upgraded it to W10, but that’s what we do around here. (FWIW: It’s stuck in a failed W10 update, and so bricked.) The pen always aggravated me. I put up with it because it had LTE. It was my main traveling device for almost a year.

I think that machine was as close as the world was ever going to get to the elusive “Surface Mini.”

My Asus note 8 still run fine in windows 8.1 until I broke the micro USB port. The speed wasn’t intolerable as long as you use the right app, and it’s still quite useful for when I need an extra PC on my cramped work desk.

One thing I notice is of those Atom tablets, 2GB RAM 32 bit is much snappier than 4GB RAM 64bit, so the Asus is something I pick up on the go more often than the supposedly higher spec one.

Unfortunately Windows 32 bit is already dropped on a lot of modern App and I will need something better soon, hopefully in the same size

Interesting you should mention that about the 32 bit being faster on Atom devices, even with less RAM. We tried repeatedly to tell/show customers that was true, with little success.

So much so that we just dropped all 2GB 32 bit devices and embraced 4GB 64 bit devices.

BTW: a big part of the slowness of Windows 8 Atom based 64 bit is the poor implementation by MS and lack of proper chip support in the Atoms of virtual memory generally.

One thing I notice is of those Atom tablets, 2GB RAM 32 bit is much snappier than 4GB RAM 64bit, so the Asus is something I pick up on the go more often than the supposedly higher spec one.

That’s fascinating. Would never have occurred to me to test that.

I got caught up in the loose display cable problem with those machines. The EMR worked pretty well once it was repaired. I made the same mistake and installed W10 on it too.

BTW: small foot note. as you likely know, I’m a display guy, and that Asus, had hands down the best display of any of the small windows tablets.

So much so, that several digital photographers I work with, bought one specifically as quick proofing tool and to preview to their customers.

The Asus and PC stick run comparably well, with similar speed that is still quite usable. Drawing with the Asus on light art app still quite smooth and nice.

The 64 bit Windows one is unusable. Even with nothing running, the processor is constantly at 70-80% speed and 2.5-3g RAM taken up. Wacom drawing is laggy and turn out into zigzag instead of curve on same light app I used one the two 32 bit devices. It wasn’t like this when i first bought it, but a couple of major windows update ruined it.

Getting way in the weeds here. but it’s what we do here at TPCR…

But what you are seeing there is the result that 64 bit Windows 8 on Atom for all intents and purposes, is perpetually swapping between virtual and active memory thus the high processor and RAM utilization. 32 bit, because of the way that the Atom and Windows 8 32 bit define “pages” only does that when real RAM usage, crosses 80% 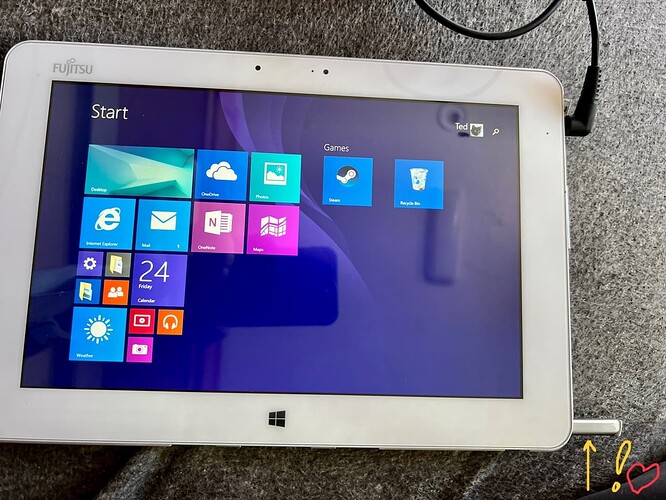 A lot of former Win8.1 enthusiasts have done a 180 and retconned their opinion on it. Paul Thurrott being one of the most obvious examples. He used to intelligently defend Win8. Now he says it was one of the worst OS releases ever.

I bought a windows 8.1 license on my desktop i kept using it 1-2 year after Windows 10 came out, it was just so stable. It was until SuperDisplay that I’m forced to upgrade, and was the only reason I put up with 10.

Was it 32 bit by default on the Fujitsu?

The first release was. They had a second release, black color, that unleashed 64 bit. The Atom Bay Trail Z3770 was a strange beast.

Z3770 was the highest end Bay Trail, coupled with 32 bit no wonder it still run well until now. Saw some of these Fujitsu for super cheap on our market, gotta resist.

I wish i could find a way to put 32bit EFI on mine, but after weeks researching I found it impossible for the average person. (And no one actually attempted this before because who want 32 bit over 64?) 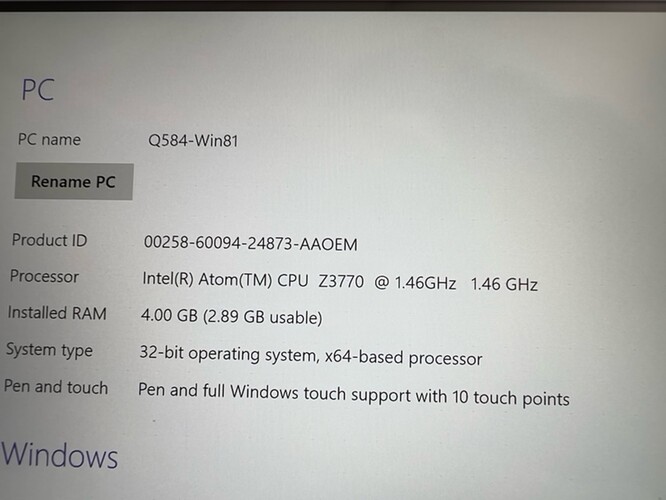 My Asus note 8 still run fine in windows 8.1 until I broke the micro USB port.

Mine runs W10 and just today it did a bunch of upgrades (like always after being dormant for a few months). The only thing I need to remember is to reinstall pen support, always brakes. Still my best OneNote device.

I had mine repaired by Asus Japan. They told me that the safest way to repair it was to disable the camera. I was ok with that since I’ve never used it.

Always regretted that I messed up when trying to fix my Asus Note 8 — wish I could find some way to make use of it and all the accessories I bought.

Add my Note 8 to the failed Windows 10 installation graveyard.

I put 32-bit Windows 10 on my Fujitsu Stylistic Q584 and it worked okay. The Fujitsu drivers for Win10 were good. But it was sluggish compared to Win8.1 and, of course, tablet mode was a massive downgrade. So I retro-upgraded back to Windows 8.1.

I always find windows 8.1 more stable and wouldn’t have upgraded. I wanted to downgrade the 64 bit tablet to 8.1 but i wasn’t sure if the driver would work.

Got my Asus repaired with a cheap micro usb solder. Power work fine but usb data line is death. At least it still work and had an sd slot for data transfering.