While the sites in question are without a doubt breaking the law and “not good people”, there is far more disturbing aspects to this. This strikes me as extreme judicial overreach in the service only of commerce and does not bode well for future “less clear” similar actions 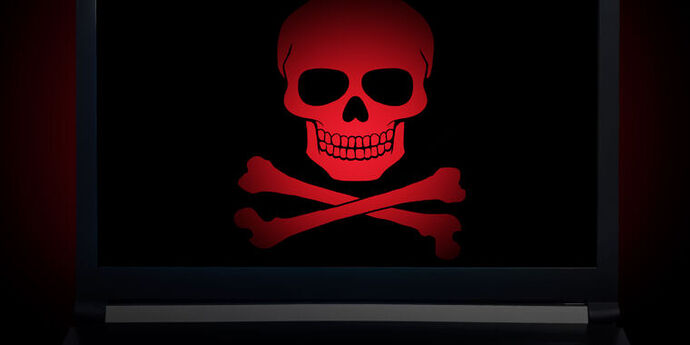 ISPs ordered to block the pirate websites "by any technological means available."

This is a VERY disturbing ruling, especially this comment at the landing site:

" ‘If you were harmed in any way by the Court’s decision you may file a motion to the Federal Court in the Southern District of New York in the above case,’ the landing page also says." This looks like an invitation to the “crooks” to appear and defend themselves, but would include any party who feels they have been in any way harmed by the court’s ruling (let’s say AT&T blocks more than just the affected sites) to come see the court.

This is guised as a commercial infringement case, but wouldn’t this equally apply to any “alleged” wrongful/criminal activity, and thus the court can start shutting down those sites as well - a species of “guilty until proven innocent.” This is just more of the same “if you have nothing to hide let us see what you have” that is eroding self-incrimination and free speech…

How hard would it be to circumvent with a VPN?

This is a VERY disturbing ruling …

My guess is that the Court is within its authority to issue such a broad and sweeping injunction under the Digital Millenium Act. I have had to deal with issues related to the Act on a few occasions and I have been amazed at the scope and reach of the statute.

I think you are likely right and it wouldn’t be the first time that judges or attorneys tried to push the boundaries. And this law is universally despised both in my industry and many of our customers as well.

This law BADLY needs updating to be more aligned with the current state of tech.

BTW One idea I’ve heard proposed with laws like this, is for them to have a built in sunset clause, which will force them to be periodically reviewed and/or updated

This law BADLY needs updating to be more aligned with the current state of tech.

BTW One idea I’ve heard proposed with laws like this, is for them to have a built in sunset clause, which will force them to be periodically reviewed and/or updated

Sorry old buddy, but legislatures HATE sunsetting bills because it multiplies their work AND reduces the amount of time available for fundraisers to keep them in office…

Sadly you speak the truth…

The hilarity is just how much Archive.org has been able to get around the Digital Millenium Act. For example, among classic Disney fans, it is an “open secret” that a remastered high-definition transfer of Song of the South can be found there.