There’s a line stated by the musician that cut through to me here - at 2:38 onwards. Basically, it’s one of the repeated complaints about the iPad Pro. The musician recognises he ended up swapping two more powerful computers for a less powerful machine but in the final analysis - if the iPP has 16GB RAM and an M1 chip but is stuck with the limitations of iOS which is his personal use case does not meet his requirements - who cares?

Disclaimer - as he states himself, he swaps between platforms regularly so may change again.

EDIT: forgot to link the video A very interesting review that I watched about the time I switched the other direction from SP8 to MBP14/iPP11. For me, I’ve willing moved into the Apple walled garden, not trapped there. Do I wish there were an M2 SP8 - you bet! But that’s not happening, and I really love the integration from Watch->iPhone->iPad->MacBook, and despite my lack of knowledge of MacOS, it’s not like translating English->German; more like American English and Indian English…

Well, the rumour mill is at it again with iPadOS 16 and a possible “Pro” mode only accessible by attaching official (and very expensive) Apple Magic Keyboard and Pencil.

I’m buying an Air just for the M1 chip and the support right now for apps like Nomad Sculpt but if the iPad was my daily driver I know I’d end up throwing it out the window. Relegating non M1 users to the purgatory of transferring files and images between Photos App and Files App is the worst example of human interface design ever. (If that’s the right term)

You’ll transfer your files, hold your device, etc. their way and you’ll like it.

For me, I’ve willing moved into the Apple walled garden, not trapped there.

Stockholm syndrome already? Every Apple fan prisoner has said this since the beginning of time.

I won’t consider the iPad “Pro” until it give me a desktop browser, not a watered down and crippled mobile browser on a laptop grade device with huge screen.

Their recent browser “upgrade” been breaking many HTML5 games and web apps that used to work ( and is still running smoothly on Android), and I wonder if they puporsely did this to force people to play game from their app stores.

Oh please…spare me the bashing.

I’m sure you are fine with android where you and your info are the product, or Windows where every mouse click and feature access is sent back in telemetry to mother MS

For me, I’ve willing moved into the Apple walled garden, not trapped there.

It’s a distinction missed by those who declare that they will never buy an Apple product, ever (I’m looking at you, Mary J Foley). And I think those people are far more provincial and partisan than the average Apple user who doesn’t have a problem switching to Windows or Android or Linux if and when and for however long (and no longer) it suits their needs and desires.

That’s an interesting point, and something much discussed in our Apple user base. Even Apple points out that by a large margin, the IOS version is the most secure version of Safari (and far more than Chrome on Android).

It’s to my mind the perpetual trade off between secure and open.

And personal observation, but I’ve noticed that Apple seems to view Mac users at a higher tier of sophistication generally than their IOS customers. I think that is both insulting, and outdated now, but the attitude seems to persist.

You’ll transfer your files, hold your device, etc. their way and you’ll like it.

You finally get it! Thank you Uncle Timmy and Johnny…

Stockholm syndrome already? Every Apple fan prisoner has said this since the beginning of time.

You too - everyone finally understands…

Seriously - every platform has its zealots, followers, and haters…ever try to discuss platforms with a full time Linux user? I am particularly intrigued by @Dellaster 's comment above - MJ (with disdain) and Paul were commenting just last week on how much envy/admiration Satya and Panos have for Apple to the point they are “Apple-fying” Windows at every chance, and they expect to see “notches” soon.

MJ (with disdain) and Paul were commenting just last week on how much envy/admiration Satya and Panos have for Apple to the point they are “Apple-fying” Windows at every chance, and they expect to see “notches” soon.

Speaking of product adoration, on the latest MacBreak Weekly podcast they discussed the “2022 Brand Intimacy Ratings” where Apple was 3rd or 4th, surprisingly, but Tesla second. About Tesla fanatical fandom, they compared it to that of Apple fans back in ‘92. You don’t dare mention anything critical, such as panel gaps, unless you want a hateful firestorm of protests. Yeah, MacFanatics were really bad back then. There are still some, but most long-time users have become at least a little cynical and jaded.

Oh please…spare me the bashing.

Don’t take bets on that Marty - Cell Block W11 is death row; I’m currently in Club Fed (a lawyer’s nickname for any federal facility except SuperMax, which are cakewalks compared to most state pens)…

So if you got to a Linux distro next, is that your “Survivor” phase 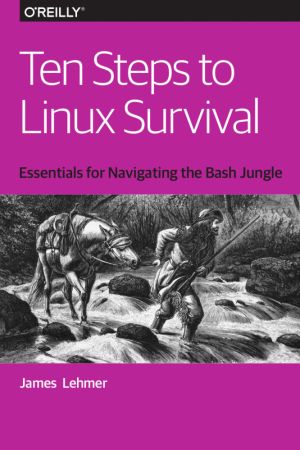 And you guys think Musk is a nut job, try following Torvalds sometime…

BTW: If anybody wants a relatively trouble free way to try a Linux system, I’d recommend these folks. Good build quality and excellent support, although you do pay a bit of a premium over if you built it yourself
.

If anybody wants a relatively trouble free way to try a Linux system, I’d recommend these folks. Good build quality and excellent support …

And their own Pop!OS is well regarded. I liked it better than others. Also, they’re not FOSS fanatics, which is a big plus. Nvidia driver support versions are standard downloads, no screwing around with adding it to someone’s “pure” Linux.

Don’t know if I can change the thread title because I’ve had time to think and discover since posting: I’ve surfed a couple of threads and other forums and wonder if we’ve sort of reached a current technology “peak” and now rather than wait for the next best device - some of us need to drive hardware choices not by the feel of unpacking brand new glossy technology but focus instead on the software that drives the use of that software.

My case in point - I’m looking at the iPad M1 Air because the M1 chip will allow my favoured software (Nomad Sculpt) to run at greater capacity than the previous gen of non-M1 iPads (simply because of the memory)
The con of the choice is iPadOS and the file system. I read the hype that a new iPadOS “Pro Mode” might come to the most expensive iPad Pro only but that mode already exists for a wide range of Samsung devices in the form of Samsung Dex.

Having just discovered that Nomad Sculpt also exists for Android devices, capability and user experience seems to be pulling me away from a choice I thought I’d made and look at a Samsung Galaxy Tab device which - won’t be as powerful as an M1 iPad - but gives me the software and OS use case that I want.
I don’t see it replacing my zbook but for a more portable drawing experience to allow me to produce the art and visuals I need to import into my desktop - however fancy and amazing an iPad is - I’ll always be frustrated.

Basically - I remember all those sage advice posts telling people not to wait for the next piece of shiny kit coming out in the next 8 months but to buy what they need now… so in my case - the advice to me is - don’t wait for the shiny OS improvements to iPad Pro Mode that many users have been asking for (for years) but get what is available and working now on a Samsung Galaxy tab device.

Apple know that 80-90% of users just want the simple iPad experience vs the more desktop like experience on a tablet and only when Galaxy Tab sales overtakes iPad sales will they be forced to change.

It’s been 71 days since this prediction Marty, and I’m still (trapped) in Apple-traz…a happy Stockholm victim…