In honor of the old unicorns we chased and the new ones we now hunt.

The Surface “Air” line would be a Surface designed for Core M from the ground up. It would be similarly priced to the SP line, but with a different design focus. Unlike the Surface (non-Pro), it isn’t designed to be a cheaper Surface, just a cooler, quieter, lighter one. As opposed to designing to milk the max power out of a U series ultrabook chip, it would be focused on being as slim and light as possible, but with premium parts like Core M, SSD, DDR4 RAM, full motion kickstand etc… I expect the Surface Air to be under 1.5 lbs.

For the sake of defining it so people are voting on something “concrete”, it would be 10.8" like the Surface 3 and weigh about the same (1.37 lbs). I’m hopeful with a higher sale price they might be able to shave a few more grams off of it, but lets assume for now that it weighs the same as the S3. From: @Mesosphere Nov 6, 2015 Poll: Which Surface is for you? Add your own unicorn favorite of yore. (Or a new one if you like!)

Sorry - already have chosen a “never will exist” Unicorn, thank you very much Timmy and company:

Witness the “MacPad” - an M1 iPad 11 Pro, 16gb/2tb/1.04lb, that runs MacOS (when connected to a keyboard/trackpad/monitor) and iPadOS. I’d pay full retail for the current one with those specs, PLUS another $1000 for the MacOS capabilities. Maybe that would entice greedy old Apple to release a MacPad for the niche that really wants/needs it.

PS - these guys have it right - but it DOESN’T have to have a folding screen: 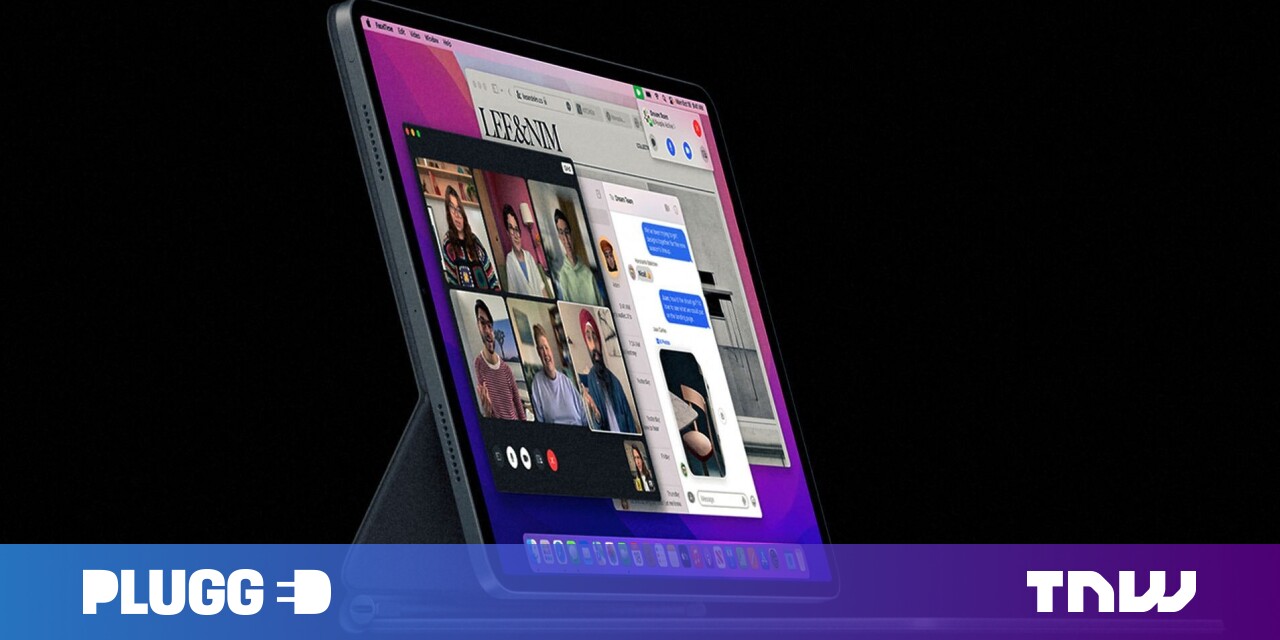 The new MacBook Pros look amazing, but I just want a MacPad

The new 14 and 16-inch MacBook Pros pack impressive performance, but they're still plain old laptops. It's about time Apple did more. I’m not far off from @dstrauss.

If Apple would just let the M1 iPad Pro run real Mac Apps, it, the pencil, and the magic keyboard and I’d be done. Of course Apple never will do that I’m afraid

Maybe MONEY will trump their stubbornness. Part of their excuse is they don’t want to “spoil” the iPaddyness for the majority of iPad users. This could truly be a “MacPad” or “iPad Pro Max” - don’t venture here unless you WANT/NEED a converged device at a $1000+ premium…nothing Timmy and company love more than money…

I would like the Lenovo X1 fold, but the dimensions of the surface neo (mainly thinness), and also with EMR, so probably made by samsung. Running windows but also with android app support. Fanless.

I am looking forward to check the future Asus Zenbook foldable

And the Unicorn I chased long ago was the revised design I sent Acer after they dropped the R7-572 easel laptop with keyboard in the back, like their new concept D9 but in 15" light version…

With a suggested a modular approach to the various components (keyboard, Track pad , Num pad) with magnetic modules that users could configure as they wished 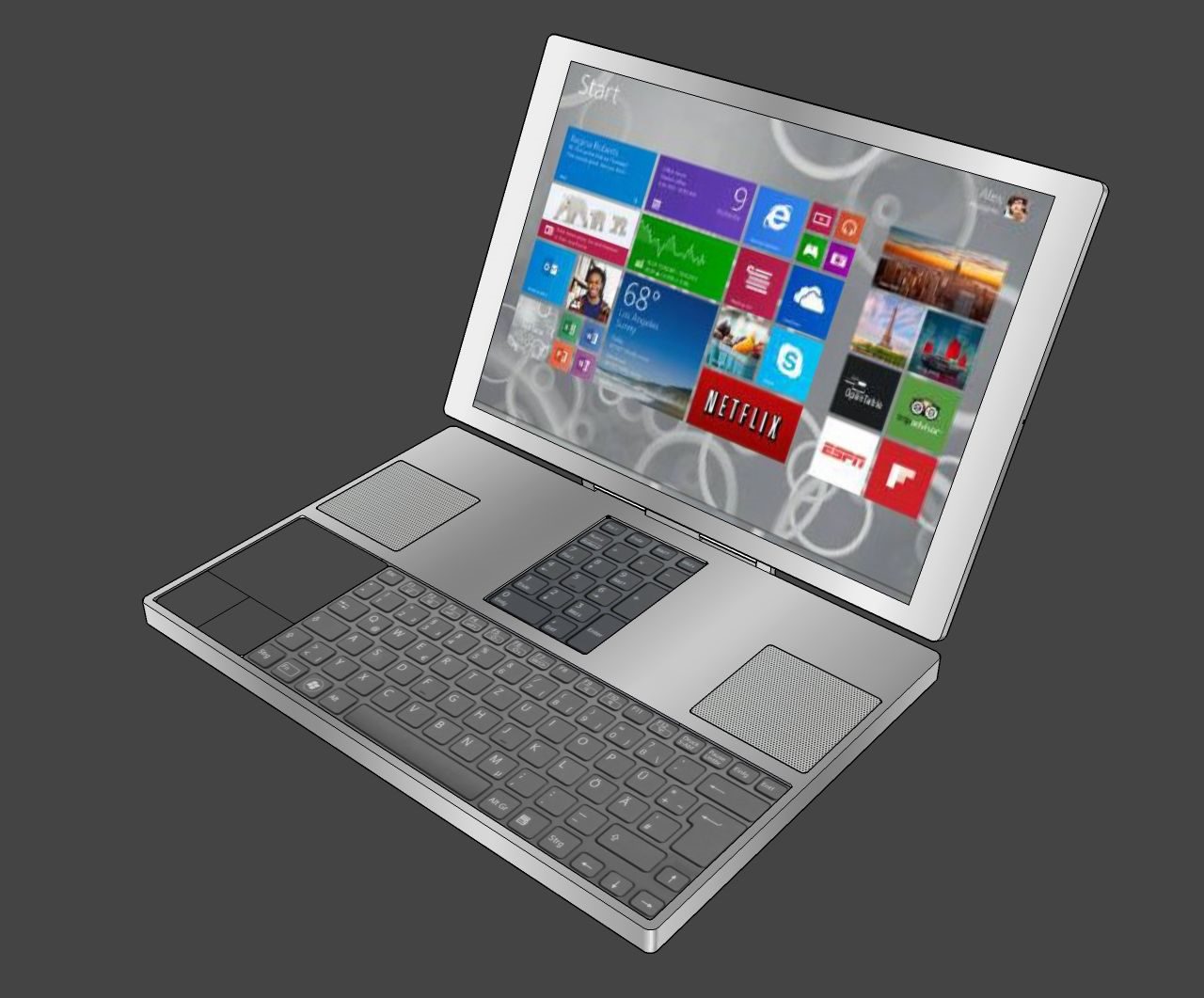 Stunning design, but wonder if it will ever see the light of day…

The Go2 is about as close to the Surface Air as Microsoft will allow. I would like it upgraded with all of the improvements of the Pro 8. Interchangeable SSD, Slim Pen II, pen holder in type cover, new pen controller, and 5G (enough with the LTE). Even without the improvements, however, I do love my Go2.

BTW, how do you get the smaller type to show in your sigs?

BTW, how do you get the smaller type to show in your sigs?

Bracket the text with the size command, e.g. [size=2]My Text[/size].

Just give me an 11in 3:2 Surface that can run Windows with an ARM cpu not from QC, but competitive with the M1 Pro.

And while we’re at it I’d like OLED or miniLED please. No I’m not repeating myself, this is a new forum so this is brand new information! (Phoebe.gif)

+1 for the Neo form factor with that magical KB they showed, but this time make it a foldable WOA device. Then get all productivity apps to run natively on Arm.

… And did I mention, No ugly BEZELS!!

Now if we can defy physics, l would ask for the thinness and weight of an iPad Pro as additional requirements for the Windows tablet above. And instant on without affecting battery life, even when use x86 application

Alas, I’m not the broad market.

Alas, I’m not the broad market.

Unfortunately I think most of us are in the niche category - I know I am in my continuing chase of the unicorn “one device over all” quest.

ALTHOUGH…I have to say the SP8, with the integrated Type Cover and Slim Pen 2, is as close as I have gotten since starting this quest with a used Compaq TC1100 around 2006-7. The SP8 has even sidelined my “safety” iPM6, except when I’m Kindling or scrolling through News+. If/when Android comes to mainstream Windows 11, the Kindle app may tip the balance to not even needing the iPM6.

Still, the SP8 is NOT the iPad Pro 11 size tablet with full Windows 11. Even more rare and unattainable than my WindowsPad would be a MacPad - an M2 iPP 11 that could optionally run MacOS and iPadOS…

I decided to approach my “problem” from the other end of the telescope - what can I do to create my own “one device to rule all” solution. This thread will be about the quest to find our own solutions and compromises to come away with a single device to fit our computing and tablet needs. This may end up being the second coming of Otter’s “…this situation absolutely requires a really futile and stupid gesture be done on somebody’s part!”

It’s apparent that Microsoft nor its OEM’s can/may/will deliver an iPad Pro 11 size “do it all” device, and I’ve been strongly reminded that Apple DOES NOT WANT TO, nor will it ever likely, deliver the solution with an iPad Pro 11 that can run both iPadOS and MacOS. So after ten days of exclusive Surface Pro 8 use, I think it’s time we tackle this as Windows 10/11 users and come up with the best solution we can. This will involve a LOT of compromises and a fair amount of engenuity. Here are the ground rules for this thread:

My base for this exercise, obviously, is the Surface Pro 8. To me it involves two large compromise - its size and lack of tablet software. Don’t get me wrong, it is as svelte as can be, but to me 13" and 2.4lb (with type cover) is already stretching the limits for tablet use on a daily basis. The second big compromise is no crying about Apple-specific software (FaceTime, iMessage, News+, etc). That’s why exempted smartphones from the equation: (1) to feed my need for those services; and (2) to open up for Android fans (especially Samsung users) the rapidly improving integration between Windows and Android phones.

So folks, what devices would you recommend; what software loads for starters; what tweaks/apps to make it more “tablety” and above all what compromises are you willing, or not willing, to endure?

To kick this off, here’s my base (must have) software load:

and ABOVE ALL ELSE - FILE EXPLORER

UPDATE: Sorry for talking to myself so much in this new thread, but I wanted to address a quick question I received. No, the current iPad Pro 11 CAN’T do most of this:

Except for Word, most of iPadOS Office 365 is a shadow of the real thing.
NO single monitor, much less multi-monitor support (usually have 3-4 docs open and snapped at any one time).
NO FILE SYSTEM.

So, you want a ZFold that runs WOA continuum instead of Android and Dex? Maybe slightly bigger so you get something closer to 10" unfolded? That should make room for a pen silo.