A grown up Neo. Good to hear that Apple is inventing fold technology and will be creating a 20" device.

Very cool. No pen support though it seems. (edit: or maybe there is) The hinge looks almost exactly like the Lenovo X1 fold. Of course this is a much larger device. Next up: newspaper size, with a rustling sound as you swipe to the next page.

No pen support though it seems.

where do you see no pen support? Dave in his video makes a quick mention about it, but not seeing anything that say it has it or it doesn’t.

where do you see no pen support?

Oh, I guess I just jumped to conclusions (shout-out to Office Space) because I didn’t see a pen.

My impression is the same as @JoeS - no mention of a pen despite a HUGELY long web page that shouts out all its features. To me that means no pen.

Edit: or looking at it from the other direction, has anyone ever seen a company mention the lack of pen feature in their product page? I have not. 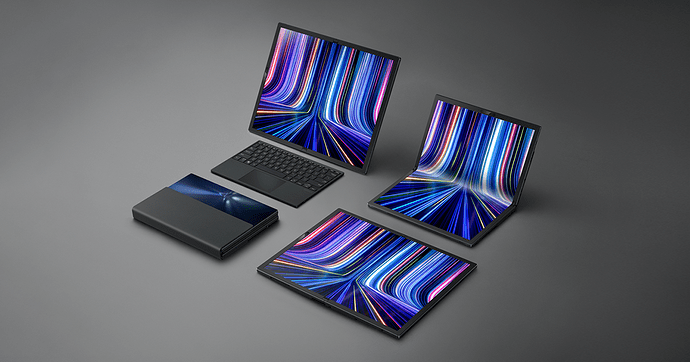 As to Dave… he’s one of my favorites, I like his style, but I’ve always had the impression that he’s a little unclear on pen technology. He was probably thinking that any capacitive stylus would work good enough, you know, the kind that works on any touchscreen.

That’s quite possible the mistake he made.

It’s been a few months, is this still not available in the wild?

As impresses as I am technically by this device, my primary question remains, who do they expect will actually buy this, other than perhaps the extremely small niche of those that buy because it’s new and novel.

Zenbook 17 Fold OLED review: the best foldable yet - The Verge

As impresses as I am technically by this device, my primary question remains, who do they expect will actually buy this, other than perhaps the extremely small niche of those that buy because it’s new and novel.

I guess it’s a nice tech demo piece for those with ample spare cash and a taste for the novel.

NotebookCheck’s video impressions after three weeks of daily use: 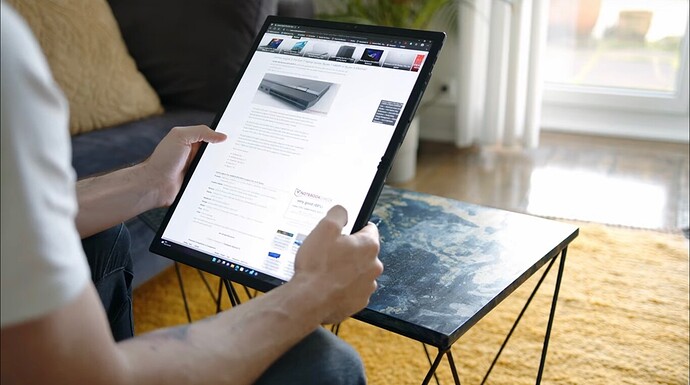 image1366×764 151 KB
That is one chunky-monkey 17” tablet! You can see his tendon bulging out on his left arm while holding it two-handed. I think he’s sneaking some support on his right knee. 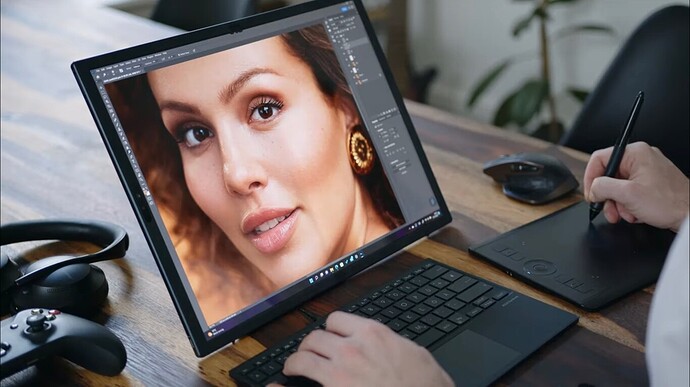 In one of those first impression videos they claimed it was pen abled. What happened?

Are you sure that wasn’t the Lenovo? They look very similar.

My bad.
You’re right, I was thinking of the Lenovo. Forgot there were two coming out at about the same time.