Asus released a few zenbook models today, including the, Zenbook Pro Duo 14(OLED), Zenbook S 13 & Zenbook Flip 13 & 15 lineup(OLED) all which support the Asus Pen 2.0. Not clear if wacom aes or USI, but pen looks nice. There is also the Vivobook Slate pop art edition, which has lobster pen holder. 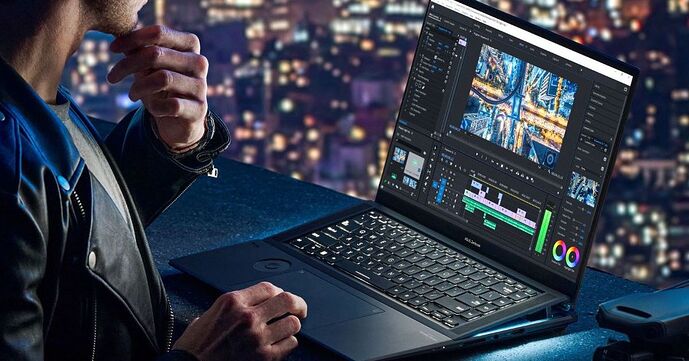 And that’s just one of the many portables Asus announced 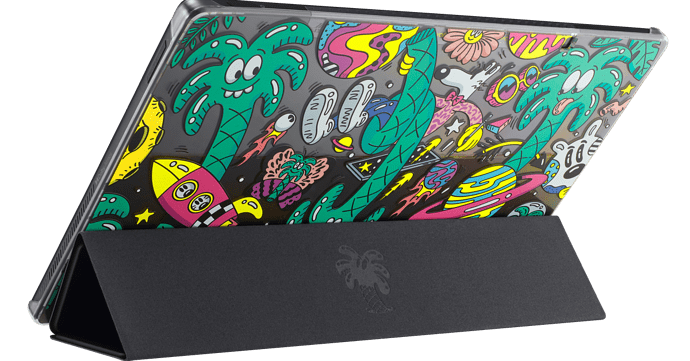 You can now keep your stylus in a lobster 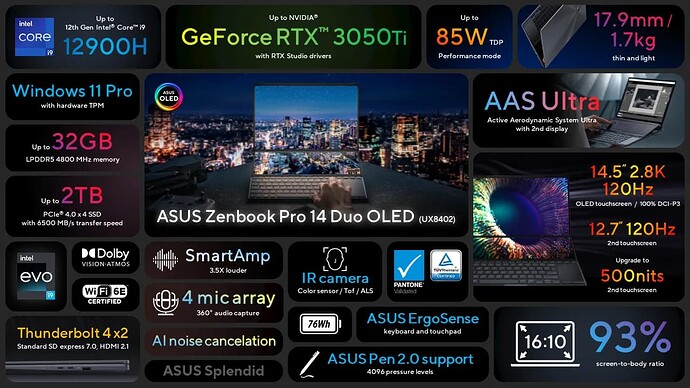 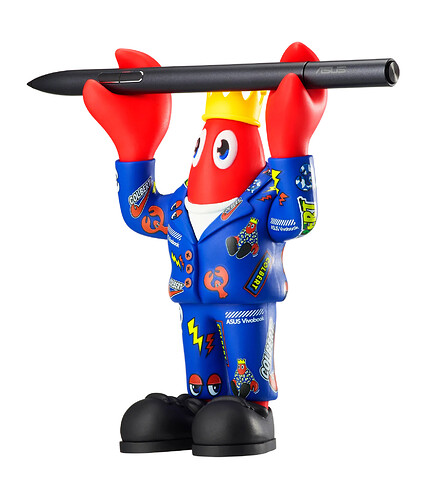 Can I have a bit of whatever they were smoking when they came up with that mascot?

Edit: I guess I just need to see what Philip Colbert’s poison of choice is.

But bear in mind that Microsoft seem to have gotten most of their improvements from chips on their devices rather than the pen, and I doubt ASUS will go to those lengths.

The lobster alone seems like this would be an obvious purchase for anyone, regardless of price. Now that it exists, it’s basically a new necessity for life to continue.

Never heard of the guy, unsurprisingly, so I looked him up. 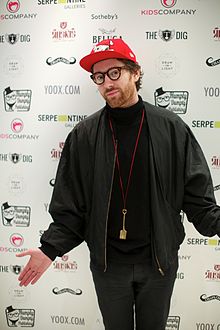 Philip Colbert is a British pop-artist. Colbert works across the mediums of painting, sculpture, clothing, furniture and design. Colbert was described by Andre Leon Talley as "The godson of Andy Warhol". i-D magazine referred to Colbert as "the crown prince of pop art". In April 2022 he launched a wide scale NFT project titled The Lobstars, consisting of 7,777 JPEGs of various lobsters. Colbert was educated at Strathallan School, and the University of St Andrews. He graduated with an MA in ...

… “The godson of Andy Warhol” … he launched a wide scale NFT project titled The Lobstars , consisting of 7,777 JPEGs of various lobsters.

Well, not the pyramid scheme NFTs.

A customer of ours is considering the purchase of several of these and is going to submit one for our certification testing.

And I will say that much more than usual, I’m interested in how it does. The second screen seems to be to hold some real potential for innovation, something that Apple’s Touch bar in the MacBook Pros, for all intents and purposes, whiffed hard on.

More so than the first one they released 2 years ago and again last year? It must have done okay since they’re doing a spec upgrade version again this year. But why does The Verge article make it sound like a new thing? Short memories? New “tech writer”?

From the article: “Asus did it. It’s made a dual-screen laptop that — and there was a time when I never thought I’d be saying these words — is actually pretty good. …”

From a year ago: 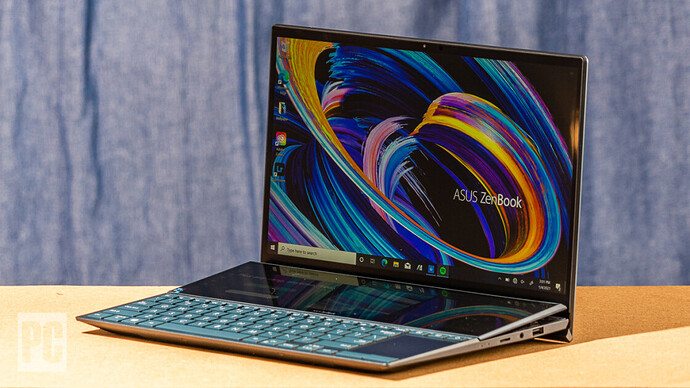 The 2021 edition of the Asus ZenBook Duo 14 improves on its predecessor with a slimmer build, new components, and helpful features, even though some compromises of the unique design remain.

@Dellaster Ted I’m aware of the previous version though my exposure to it was limited to seeing a demo at a trade show.

The customer I mentioned purchased a few of the previous version and the TLDR of that was the software was by far the biggest limiting factor.

That being said, they along with another customer really engaged with Asus about what did and didn’t work as well as what was missing. And Asus has to told them that the software was “rebuilt from the ground up” for this version and the hardware is improved as well.

Now of course that likely has more than a bit of PR spin to it. But OTOH when you introduce what is arguably a new user paradigm, advancement generationally is typically quite rapid.

I obviously can’t speak to how well they have succeeded (or not) yet, but that’s all the more reason I’m looking forward to significant hands on with it. And I hold out the possibility that it might even be of benefit to my personal workflow where I’ve hit some limitations with my Surface Pro 8. eg this is a possible middle ground for me between a conventional laptop and a tablet (Surface Pro 8)

I second @Dellaster’s frustration with this. Yes, it must have sold well enough, but it’s not something brand new.

And for their previous models, battery life has been one of the biggest issues. Screens just use so much power. Add in Intel’s power efficiency joke that is Alder Lake and you wonder why they are bothering to offer this in anything other than mobile workstation form. I assume this is also a lock-in with Intel for these designs?

@Tams I don’t know this for 100% fact yet, but I believe Intel was at least a codeveloper of this tech.

And also agree about battery life concerns, not to mention thermal, if Alder Lake is any indication.

And I will say that much more than usual, I’m interested in how it does. The second screen seems to be to hold some real potential for innovation, something that Apple’s Touch bar in the MacBook Pros, for all intents and purposes, whiffed hard on.

I’ve flirted with that Laptop for years since it came out in 2019. They’ve had 3 or so iterations of it (My local Micro Center seems to always have these on the floor), the lower spec 14 inch/ higher spec 16 inch, and even some of their other product lines (ROG line) got a model with that 2nd screen.

While I never got that laptop, I did get the next best thing. The other month off Amazon I bought a Ficihp Keyboard which has a similar Monitor built into the keyboard. (The keyboard itself kind of sucks, but the monitor is nice) Think of it like this Zen Pro Duo with the Top Screen chopped off and no built in trackpad.

I have to admit its no where near as useful as I was expecting. If you are a coder, its a stupidly perfect place to throw a Web browsers console log, but beyond that I somewhat struggle with finding uses for it. Part of me is hoping Asus will take a page from Lenovo and attempt a Zenbook Duo but in the style of the ThinkBook Plus Gen 3 with a more Portrait mode style monitor on the side of the keyboard. I feel that would be way more useful since a portrait focused 2nd screen would suit the Feed channel from alot of social media sites, like Twitter, Facebook Feeds, etc those are all viewed from top to down and a portrait monitor would suit that far better then the super widescreen style.

So that furthers my assumption that software is the linchpin to making something like this work and it seems so far that it’s lacking?

Regardless I’m trying to keep an open mind on this until we actually get to test it out. As I said, it looks to have some potential for people like me that have issues with both a conventional laptop and something like the Surface Pro.

Now of course I have no idea how many are in my same likely small niche, so…

Things I could see using a second monitor above my keyboard for:

That said, I’d still prefer it below the keyboard, so as to be easier to write/draw on.

To your point, our web master saw this the same time as I did and he immediately put a requisition in for one as the second screen would be ideal for the “console”.

Apparently there was a Kickstarter:

Keyboard with built-in 12.6 inches touchscreen and USB expansion that will meet your requirements of working with multi-screen display

and an article on Lilputing, and they’re available in two versions on Amazon.

A small case which would house a Raspberry Pi 4 and a battery pack would be a nice add-on (if the thing works w/ a Pi?)