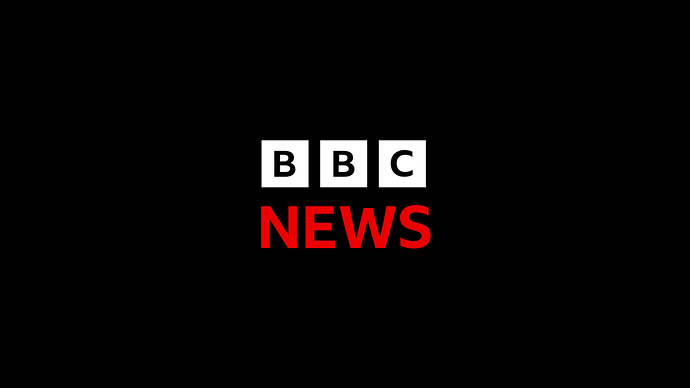 After two aborted launches, the US space agency launches a flight that could take humans back to the Moon.

I wish my country still had a space programme worth even mentioning.

I blame other countries not spending on the farcical creation of “Space Force” by the former President — ridiculous waste of money — there was nothing wrong w/ AF Space Command, and it kept the militarization of space at a low boil.

I wish that that would be undone and that genie put back in the bottle. C.J. Cherryh had a great quote which summed things up perfectly.

Space Force is just a renaming of Space Command and a tarnishing of the history of respecting space as an area of international cooperation and peace.

If it and the attitudes which created it aren’t rolled back we’re going to suffer a Kessler Cascade and be trapped in this gravity well until such time as the space junk can be cleared out.

“Halo” by Hal Clement should be required reading for everyone who does anything related to space.

Or C.J. Cherryh’s Downbelow Station (which was written to provide the background for the wonderful novella Merchanter’s Luck)

“More, the probes were pulled back, tacit statement that the Company was putting an official damper on further growth of the Beyond. They were armed, the swift exploration ships, as they had always been, venturing as they did into the unknown; but now they were used in a new way, to visit stations and pull them into line. That was bitterest of all, that the crews of the probe ships, who had been the heroes of the Beyond, became the Company enforcers.”

It is wrong beyond words that the vastness of space should be taken by militarization and made the playground of some idle richesse.

Eh, I don’t words are that powerful, especially when the belligerents all speak different languages (and like to keep it that way).

The temptation to militarise space will always be there. But like MAD, I doubt anyone is seriously going to go there with weapons as it would be trivial to retaliate.

Anyway, this is a civilian mission, so this has all been a bit too far off topic. I want us as a species to go back to the Moon and beyond, even if there is no extra-terrestrial life within our reach.

Ignoring politics (please), this is nostalgic for me. Takes me back to the 1960s manned space program culminating with that first step on the moon. I mostly lost interest after everything turned to unmanned probes and near Earth orbit mini-labs. Kinda dull; no “magic” to it. Though some of the photos were neat.

I honestly didn’t think people would continue into space again, physically, in my remaining lifetime.

Well, the timeline has slipped a bit, but if you can make it to the 2030s then you’re absolutely going to see people back on the Moon; likely for good (or at least a decent length of time).

Mars is a different kettle of fish, and I’m not sure I’d be okay with Musk being in charge of my oxygen supply if I were an astronaut (or would it be astro-[profession] at that point?).

Ignoring politics (please), this is nostalgic for me. Takes me back to the 1960s manned space program culminating with that first step on the moon. I mostly lost interest after everything turned to unmanned probes and near Earth orbit mini-labs. Kinda dull; no “magic” to it. Though some of the photos were neat.

I honestly didn’t think people would continue into space again, physically, in my remaining lifetime.

I was 15 when Neil Armstrong stepped on the moon, and I grew up in the 60’s on the John Kennedy “challenge” - only four of those brave moon walkers remain - this December 14 will be EXACTLY 50 YEARS since we last left the moon with nothing but low earth orbit since - a tragedy and waste of such human potential…

I know you mean manned expeditions — there have been a lot of unmanned vehicles — Curiosity, Perseverance, and Ingenuity come to mind.

The big question of course is what can we do in space which is meaningful? We’re at the bottom of a deep gravity well, and getting stuff up there is expensive.

I’d really like an Aldrin Cycler to be front and center of a NASA budget proposal, and a more affordable/reusable launch system which isn’t “just” an updated Saturn V.

That said, the most telling thing is that rather than terra-forming Mars, we are currently Venus-forming Earth.

That said, the most telling thing is that rather than terra-forming Mars, we are currently Venus-forming Earth.

What we really need are in orbit factories. And if space elevators really are viable, those to get people and materials up to them.

For supplies, there are also essentially giant catapults, of which at least one is looking somewhat promising (if quite far off).

The thing on in-orbit factories — where is the raw material coming from? Does assembly really save on launch costs vs. shipping up a completed item?

Have they done anything w/ the 3D printer on the ISS of note?

Have they done anything w/ the 3D printer on the ISS of note?

I thought that was there literally to manufacture spare parts…