Don’t you just love it when journos think they’ve put some genuine work in, but really have just made a right pig’s ear of it? I didn’t even see a mention that the S-pen came with the device or doesn’t need a battery to work like the other two. Nor did I see him talk about the erase function of these pens.

Or palm rejection and whether or not there is pen cursor and hover distance. Let’s not even talk about calibration accuracy, pressure sensitive and line wobble. (Edit: actually he did talk about it but is quite vague)

Basically 80% of the reviews talk about the shape and weight of completely different pen tech (Apple, Wacom, MPP, Adonit Bluetooth third party stylus…) while not giving their fundamental differences in technology ( no matter how well the Adonit pen look and feel, it won’t match Wacom EMR or Apple Pencil for example). The reviewer probably didn’t research about those pen technologies.

Wow, I must be psychic or something. How in the world could I possibly know that Pencil would be declared the winner before watching this review…,…,…

I love how he researched multiple Pencil alternatives, but no mention of the two Norris Staedtlers or Lamy especially when making a big fuss about how unsubstantial the Spen feels in hand. And he also claims you can’t get Spen replacement tips? But hey, even if you can’t, you can buy a whole Norris for the cost of a Pencil tip.

He also said he’s a stationery geek or the like, yet through his ‘research’ never came across pens from very famous companies like LAMY, Staedtler, Uni, or Montblanc…

And here, we can see, breathe, and hear, an Apple Pencil in the wild.

I think his choice was dictated by his favourite software. Regardless, Pencil 1 is hyper accurate but clacky and slippery when drawing. I haven’t tried the Pencil 2 but I still see lots of adverts for paper like screen covers.

Another thing was that Apple severely limit what rivals they will allow for the pencil whereas I’m looking forward to trying my zbook stylus with felt nib on my Samsung S8 when it gets here Tuesday.

Really, him choosing a winner is the least of my gripes with the video.

No, main issue is that he made an entire video review for a major publication, very likely getting paid for it, and yet was extremely ignorant and lazy with his research.

But hey, you know what? Maybe I should get in on this tech press lark? It seems there’s easy pocket money to be made doing minimal reasearch to pump out enough words/minutes. Add in a clickbait title and/or thumbnail, and you’re good to go!

I still believe Procreate is overrated. Sure, it’s a good software but not the king of drawing App people are worshipping it to be. Sure, 3D painting is cool but it’s more of a gimmick that isn’t really usable for serious work, and some lack of feature is head-scatching: can’t refer multiple layers for filling ( even the free apps has this!), can’t select, transform, clipping a group of layers ( what’s the point of layer group then?).

I tried using Procreate for several projects, but when things start to get detailed and I wish I was in CSP or even Medibang.

I never knew Procreate was missing what are now fundamental and quite long established features!

The way many go on about it, you’d think it’s the best thing since sliced bread!

Yes, I was quite shocked when I look up and found that those features wasn’t available.

It slow down the work flow greatly and I had to merge and duplicate quite a lot of layers to deal with lack of layer group refer/ filling/ transform/ clipping, and then get hit by the layer limit because procreate have a layer hard limit based on canvas resolution + number of RAM. And this limit is quite strict as I could use a lot more layers on Medibang/CSP on this iPad without slow down.

@Tams I’m starting to think half-arsed applies to the majority of tech blogs generally. Take this news about AMD’s new AM5 based chips.

These are a big advance generally speaking, and are putting more clear water between AMD and Intel in the performance race. They touch on other the tech/spec standards it will support with almost no qualifying of how these newer spec tech will actually be delivered.

My two issues are that , one this article is very focused on what they will do someday, versus what they can deliver today which is almost always a recipe for disappointment in tech.

Two they miss what is likely one of the biggest reasons that you need a new motherboard because it’s not sexy. The issue is the much more extensive shielding that will be required due to RFI output/harmonics in the 5GHZ range which is where all of the cellular carrier have been busy equipping their towers and bringing new phones to market (mid aka C band) to use it.

TLDR, your brand new 5g phone and your new (potentially very fast) computer may not play nice and vice versa, if manufacturers aren’t diligent in testing and designing your systems. One of our analysts got an early look and tellingly, they weren’t ever allowed to have their phones in the same room, let alone take any pictures.

I do expect the major OEMs will do that diligence and FWIW we hear that Dell will be first out of the gate with a plethora of systems according to rumors. 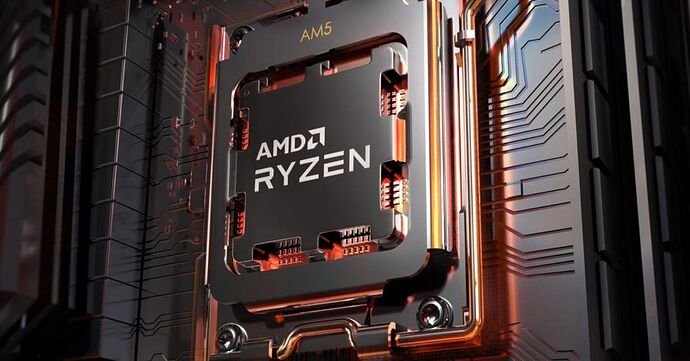 OTOH these will be fast and Alder Lake could look even more problematic in comparison.

TLDR, your brand new 5g phone and your new (potentially very fast) computer may not play nice and vice versa, if manufacturers aren’t diligent in testing and designing your systems. One of our analysts got an early look and tellingly, they weren’t ever allowed to have their phones in the same room, let alone take any pictures.

Hm, how to make a clickbait title for that? I know!

The way many go on about it, you’d think it’s the best thing since sliced bread

Ah, to a poor student who can’t afford the Adobe subscription or doesn’t need all the bells and whistles of Photoshop (for example) Procreate is absolutely worth buying.

You can get a cheap iPad as a student for around £325, throw in a stylus and Procreate for another £125 and if all you’re doing is little anime toon commissions of your friends - it’s perfect.
Compare that to £850 for a Galaxy book 2 and then £50 for Clip Studio when sold on a deal and if you’re again doing little anime toon commissions of your friends on an Instagram shop or a Red Bucket - you’re going to pay a lot more before you get your money back.

The other thing is that Procreate cleverly gives you enough power with the minimal interface while Photoshop / Clip Studio etc are more demanding and intimidating interfaces - everything and all the menus are there taking up screen real estate AND scaring you with just how many ways and interface options there are to make art.

That’s more about how good a deal lower end Apple hardware can be, not how good Procreate is.

And you could get a Samsung Galaxy Tab 6 lite (or it’s uncoming successor) and do pretty much the same for less. Neither are going be breaking any performance records, but that wouldn’t matter.

When Procreate is available for Android tablets, it will explode in popularity but they stay with Apple - despite Apple spending all marketing effort in trying to lure Adobe across.
We have 5 art studios here - I see plenty low end iPads with Procreate and zero Samsung tablets with Infinite Painter on them even though Android uses say it’s as good as Procreate. Talking to other art tutors across the country at awarding body meetings - their experience is around 90% is the same across the sector.
Those students who have PCs at home tend to have cheap graphic tablets and run Krita. 5 years ago - those same kids were running Clip Studio on their PCs at home. Hopefully a sea-change will happen where Adobe is concerned.

If Clip Studio was a one-off purchase on Android and if Procreate was cross tablet platform - there would be more Samsung tablets in art studios.

But the point is that Procreate is not what so many make it out to be… some sort of wonderful app with no comparison. That’s certainly the impression I got.

That many don’t bother expanding beyond Apple in the artsy world… well I won’t go into that argument other than to say it’s shortsighted, but doesn’t surprise me in the least.

I’ve never used Procreate so I’m not advertising for it - it (and the iPad) had to overcome scorn and snooty attitudes as art tools for young artists. Those 6 Art Apps you mention have lost traction among the young (if they ever had it - certainly Clip Studio is nowhere near as popular now compared to 5 years ago) and I know a lot of tattooists first got into iPad Pros and Procreate many years ago - I remember defending the iPad as a content creation tool on the old forum 6-7 years ago when others were saying you had to use CSP or Photoshop and a Windows tablet or your work couldn’t be “art.”

One thing that may have helped is the Apple ecosystem - iPhones are still more popular and the simple act of syncing devices means young artists can create art on their iPads and upload to their Instagram (which they tend to use more heavily on iPhone than iPad).

But you can’t deny that many people don’t want to think about what tools they are using. They just want something that works and then to get on with whatever they do. And that’s fine, but it is not a valid argument to use to dismiss other potential tools.

Case in point: a tattoo artist could do all that with a Windows, or Android device just as easily.

I also think it isn’t healthy in the long run for people to be so uncritical. It gives too much power to companies and creates incumbants. Microsoft, Google, Intel, Sun, IBM, etc. are all also guilty of this. Afterall, it makes them exceptional amounts of money.

Finally, on a subjective note, I just find it depressing, dystopian even, to see lines of the same things being used. Variety is the spice of life and life seems to be getting increasingly bland.