A case of Big Brother or what should they have expected?

I’m not sure what to think here. They most certainly benefited from the cost savings, so now they have to pay the piper?

Regardless, I’m sure this will go to court, and that’s a good thing, IMHO as there is not much established law in this area yet. And at least nobody appears to have died, unlike what usually happens when these things reach this point.

Xcel offers a one-time $100 credit on electricity bills upon signing up, and $25 a year afterward for participation.

I predict that folks will reconsider those meager savings.

That said, how soft have people become when an indoor temperature of 88°F becomes a dire circumstance? Sheesh!

I’m sure this will go to court

People are angry, but until something of substance, like heat related stroke, etc., the issue is not likely to find the inside of a courtroom. Even at that, it’s probably a loss for ratepayers. I have a smart thermostat but I don’t permit two way control. My thermostat reads the price of electricity vs. natural gas and selects my heat pump or furnace when the temperature is between 32 degrees F and 65 degrees F, depending on which fuel is cheaper. I couldn’t imagine giving up control of the thermostat for a $100 incentive.

In almost all states, customers “sign up for” real-time pricing or “flat bill” programs that have some financial concession on the front end in exchange for the utility having two-way control of the smart meter. Some state utility commissions require such programs as a way to postpone building new power plants. There is always language in the fine print that allows involuntary temperature restrictions.

Electricity particularly is a function of economics and physics. Get the economics wrong, and prices go up and industrial customers leave along with jobs and tax base. Get the physics wrong and you get a brown out or a black out. There are 3 options:

In states where the utility regulators are elected politicians, politics gets in the mix. Taking credit for “being tough on utilities” got the northeast a long outage after hurricane Sandy, being cutting edge renewable got Texas long blackouts two winters ago, and being both got California a decrepit transmission grid that’s still causing brown outs.

To @Bronsky’s point, it is possible to install your own “smart” home technology that the utility can’t control - but you WILL BE giving your usage data to some outfit that is going to profit by selling it to others.

Question for both of you. Obviously the law is not my area of expertise especially when there are government entities involved.

OTOH in my little corner of the world, most of the time lawsuits are filed with no intention of actually going to court , but to get a settlement. I just sort of assumed that would be the case here as well, but am I off base on that?

In those states where utility sales to retail customers (individuals) are “unregulated,” it probably depends on what’s in the fine print of the contract. To @Bronsky’s point, it’s hard to do in most situations.

most of the time lawsuits are filed with no intention of actually going to court , but to get a settlement. I just sort of assumed that would be the case here as well, but am I off base on that?

Probably every law suit is filed with the intention of forcing a settlement. But, if the risk to the defense is not that great, sometimes a defendant will dig in its heels. This is response that a plaintiff’s lawyer has to consider … what if it doesn’t settle. In that case, you have to prove a case. OTOH, If the loss of a case has a significant risk of future losses arising out of the same establsihed facts, the defendant has to seriously think about going forward and the case is more likely to settle. The decision to take a case on is a delicate balance of these factors.

That’s why I say that a case arising out of inconvenience or small consumer losses is not likely to get a large audience of eager litigators. If the potential damages are higher, such as a physical injury case, the risk is increased astronomically and the case will likely settle. Those cases are more likely to be taken on by a plaintiff’s firm on a contingency.

@Bishop and @Bronsky, thank you both. I always feel a bit smarter after our conversations. 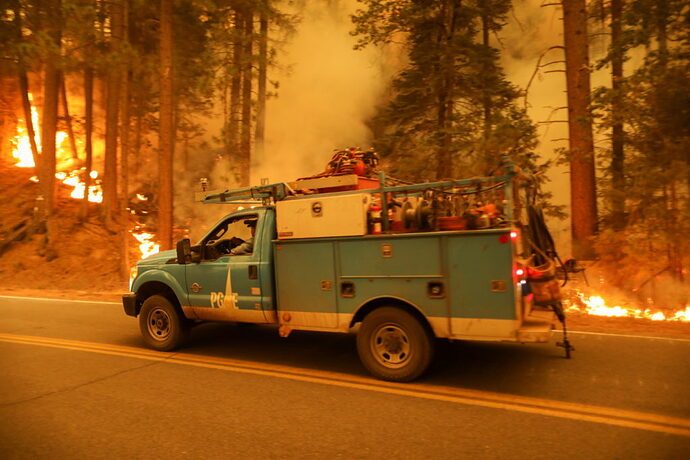 I know this is not central to your arguments, but this was actually reported to be a false narrative, the problems were dominated by issues with fuel transport due to the cold. From the NYTimes :

The bulk of the power loss in Texas came from natural gas suppliers, according to regulators, as pipelines froze, making it difficult for plants to get the fuel they needed. Production from coal and nuclear plants dropped as well. A similar phenomenon played out in Kansas and other states.

Agreed on your characterization of the CA power grid though!

Apologies for the jargon. A base load unit can run almost not stop for days on end. A variable unit is only available for short periods or intermittently (i.e. no solar at night)

What the Times article doesn’t account for is the speed and scale of the shift to variable renewable sources resulted in early retirement of existing base load fossil powered units. 15 years ago those were available to be redundant back ups if some units failed - like some will in extreme temperatures. The sports analogy is how many players are on the depth chart.

Given the amount of litigation filed against the gas companies after that event, it is possible experts from several perspectives were shopping narratives to influence decision makers.

Given the amount of litigation filed against the gas companies after that event, it is possible experts from several perspectives were shopping narratives to influence decision makers.

Thanks for the thoughtful answer, sounds like you know a lot more about this than I do.

Politics. Lots of politics. Thanks for listening.