So, will MS be the last major brand without OLED? Great review by Lisa as always. Interesting laptop but 4.5 lbs?

I made the first post a Wiki (thanks @Tams ), so if anyone has info to add, be my guest!

Yeah a bit of an apples and oranges comparison though. The Spectre clobbers the Gram in raw performance and has that power hungry but superb OLED display. Though the LG’s is a very good LCD

You’re right - and as I also used to poke fun at @Bronsky just eat more Wheaties! But even the 3.5# MacBook Pro 14, when I also haul the 1.5# iPad Pro 11 and Smartkeyboard, its truly porky compared to the SP8 and its keyboard.

Yeah, to my mind the Gram is kind of like the Mazda Miata. In other words, quite unique and successful for what it does but you also have to be looking for that combination too.

I do expect this conversation will gain new currency if some of the rumors about the new Air are true, eg. ~2 pound weight, but still actual “all day” battery life. 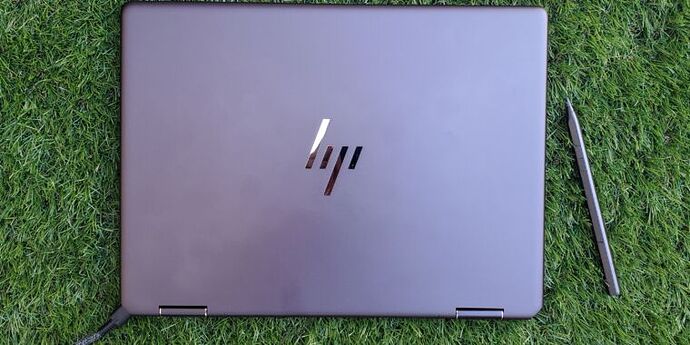 Not the top performer, but the Spectre has other wins, like its 3:2 screen.

I think she slightly misses the point of who this is aimed at. None of the iterations of them have been the very top performers in their class, but have always been an exceptionally well balanced offering /mix of features.

And for at least the three iterations, their displays have been top notch, an under appreciated plus in ultra portables who probably spend the most time being used as true portables and therefore get lots of screen time.

And one of the benefit which these magazines don’t see to care about or test for, is that they have scored much higher in spec compliance than your typical system. In other words it’d highly likely to work well with anything you connect to it. Which is a significant benefit to people who do things like demoes or presentations frequently.

And FWIW when we certified the 14, I liked the keyboard and thought it was a bit of an improvement over the previous gen, though it is a bit on the clacky side.

Does anyone know if HP fixed the issue whereby in tablet mode and the screen goes blank you cannot wake it up even by tapping the screen with your finger or pen? I sent the previous gen back for this reason. I had to open it out of tablet mode to be able to hit the power button to get the screen back on!!

My only “negative” with my prior x360’s was overheating when left in draw mode (my preferred way of using so OneNote is always on call) - had to use supplemental fans to keep the x360 fan from roaring. Wonder if they’ve fixed that (or even if it is fixable)…

With my daughter’s X360 14 mounted in tablet mode on her wheelchair, the disactivation of the keyboard and, hence, the absence of a power switch, was a disastrous situation. Appeals on the HP forum led to promises of help, that never arrived. Hence, I had to figure out how to keep the keyboard active when in tablet position.

There are two sensors for screen position: a magnetic sensor on the back of the lid and a gyroscopic sensor. For most purposes, it is sufficient to block the magnetic sensor to keep the keyboard active with the computer folded (see below though). The sensor is located about 25 mm from the hinge and about 50 mm from the right edge. Two layers of tin can steel will defeat it. A semicircle ca. 50 mm x 100 mm works nicely. (I also tried some thin mu metal, but it doesn’t work because it saturates too readily.) You may also want to use Settings to lock screen orientation.

In my daughter’s case this is not enough because we can not leave the PC in “modern sleep”. She uses head-operated switches that are connected as a USB keyboard and a touch on one of those will wake the HP from sleep and, even if it stays in this poor excuse for the old-fashioned sleep, the heating and power drain is excessive because of constant USB polling. Hence, her computer is set up so that the power key invokes hibernation, and wake from hibernation, instead of sleep.

But now the gyro screen position sensor is a bit of a pain - the HP is happy to hibernate with a power key press, but will not come out of its stupor with a second power key press if the PC is tilted back so that she is looking at it square on. So, to awaken it in the morning, I have to tilt the HP a little bit so that it is vertical or a bit past that.

Because the keyboard remains active when folded, I added a 1mm ABS sheet to cover it with cutouts for just the power switch and the speakers to avoid the errant-finger effect. If you should do the same, you might want to add some holes for functions such as screen brightness (Rachi’s program handles this from software).

Sorry this has been such a hassle for you old buddy…

Not at all your fault. I had already done this for the one I’d bought new for Rachi. The one I bought from you was for my use and did get the same “treatment” because I want it to be as close to hers as it’s my workhorse for maintaining her system. In a few years I’ll probably have to replace it again, and I can at least hope that the next PC won’t have these problems - though, given the continual addition of “features” (we neither want nor need) it will probably be worse.

The HP beats her last machine (Fujitsu T902) in a couple areas: audio loud and clear enough to not need added speakers, and long enough battery power for those times it’s on a push chair rather than one of her powered wheelchairs where it is powered from the chair’s batteries.

It does have several faults, however.
(1) the lack of a real power switch combined with keyboard inactivated in tablet.
(2) “modern sleep” - smartphone-like instant on is an MS “feature” that, for us, is a disaster.
(3) an annoying latency on starting audio output. Each time Rachi closes a switch a wav file click is sent to the audio, but the first one after a pause of any length is not heard unless I “tickle” the audio board with some other sound first.
(4) the silver keyboard on the first Spectre with keys that are nearly invisible in dim light (even when lighted).

Over 30+ years Rachi’s had quite a few wheelchair mounted computers, and every one required some modification, of software and/or hardware, for her unusual use case. First, a Toshiba 8-bit b&w laptop with the processor mounted behind the chair and the screen on a long cable at the front. Then another, more capable, laptop with remoted screen. Then the first “homemade” convertible tablet - a TI/Compaq Evo for which I made a rotating hinge and TI made a longer screen cable. I was so impressed by TI’s willingness to help us that the Evo was followed by a couple real TI convertibles, then a Fujitsu T5010 and the T902 (repaired with used pieces a couple time after hardware failures). Now the HP Spectre. This one’s not been any more a pita than any of the others.

P.S. We run Win10 IoT Enterprise LTSC 21H2 which, except for security updates, should be stable until 2031. With ordinary Win10 Pro, repeated “feature updates” would be like gagging Rachele until I figured out a workaround and I got awful tired of doing that. Even something as simple as a notification window raised behind her vocabulary screen could block her access. We need computers, NOT entertainment systems.